I first released the D2L Quick Reference iOS application in February 2011. Over a three-year time period, the app has been downloaded thousands of times and maintained a 4+ rating in the app store. It has allowed me to meet a lot of awesome people I might not have otherwise had a reason to talk.

If you're a user of the app, you've probably noticed that it hasn't been updated in quite some time. Although I haven't pushed any updates iTunes, I've actually been working on a major revision off and on for several months now. The reason they haven't been released is that many of the features I want to add to the app, such as the ability to search a large database of tutorials and an option to customize the app based on your school's version of D2L, require some sort of interaction with a web server. Since I don't charge for the app, I just can't rationalize spending money on a server backend.

For that reason, and because I want to focus on some new app ideas (more details soon), I've decided to stop development of the app and remove it from iTunes. Thanks to everyone who downloaded the app and made it a success!

As a side note, I'd be happy to talk with anyone interested in creating a similar app for their organization. Feel free to get in touch and request a quote! 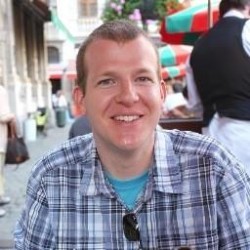